We promise that we pick up the phone. We promise to answer your question as quickly and clearly as we can. We promise, we’re located in the good old U.S.A. But if phones aren’t your thing, go ahead and check out our most frequently asked questions below. 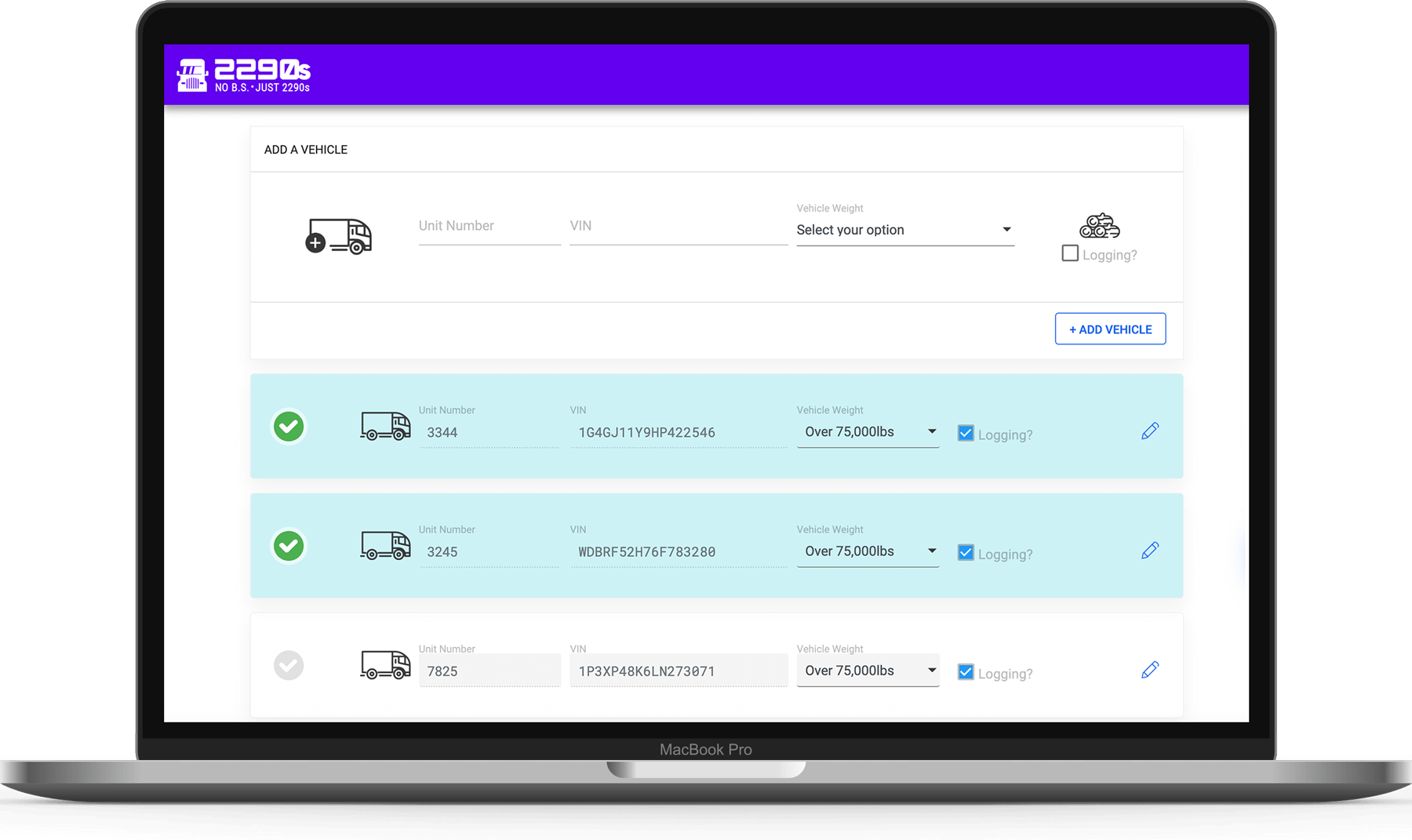 What is a 2290?
When is a Form 2290 Due?
Do I have to e-file or can I still paper file?
What’s the Schedule 1?
What’s my 5-digit Pin?
What does “Suspended” mean?
What’s a Logging vehicle?
Can I file an amendment here?
What Date do I use on my form?
Can you just help me already?

Form 2290 is a Federal Road Use Tax. It’s collected by the IRS every summer, between July 1st and August 31st.

Form 2290 is due every year between July 1st and August 31st. If the 31st falls on a weekend, then it’s due the following business day, just like every other federal tax form. And don’t let anybody freak you out with their BS about expiring on June 30th. It’s clearly stated in the Form 2290 instructions, that the form doesn’t expire until September 30th, and that’s well after the new one is due…

Do I have to e-file or can I still paper file?

Probably not. Only forms with 25 trucks or more are required to e-file Form 2290. The IRS does recommend you e-file because it’s faster for you and easier for them, and a lot of States have come to expect you’ll e-file for the same reasons. But there’s no law that says the average Joe has to e-file.

When you file a Form 2290, the IRS issues a receipt called the Stamped Schedule 1. It’s just the receipt that says you filed the form, and lists your truck VINs and their weights. You need this receipt to register your truck with your state. In theory, nobody else should ask you for this document. But we do recommend you keep it in your permit book…just in case…

Your 5-digit PIN is just any 5-digit number you make up. We recommend something like 54321. It can’t be all zeros, and it can’t have letters, but as long as it’s five numbers, anything else is fair game. You don’t have to use the same number each time you file or remember the number. It’s just a digital signature, instead of singing the papers by hand, you pick a 5-digit number. That’s it.

What does “Suspended” mean?

If you’re going to drive fewer miles then that, you don’t have to pay tax, but you do still have to file a 2290. So you file your 2290 and say your vehicle is suspended, and that way you pay no taxes on that truck.

Logging like cutting down trees. Not like your logbooks. If you exclusively cut down trees, or transport cut trees from the forest, or move logging machinery – it has to be exclusively mind, you can’t have other side jobs – then you get to pay a lower tax rate. But if you transport anything OTHER than logging stuff, you don’t qualify for that rate.

Can I file an amendment here?

Yes. We can help you with amendments. There are only 3 reasons the IRS does amendments.

Just login to the site and choose to e-file an amendment. The site will walk you through the process from there. And you can always call us at 909-833-2290 with any questions.

What Date do I use on my form?

Can you just help me already?

Yeah sure. If you need any help, just give us a call at Phone Number and we’ll help you out. We’re here from 9 to 5 PST, Monday through Friday.